I took with me, inadvertently, files unrelated to the director’s correspondences with his wife and the woman, including his predecessor’s notes of my analytic sessions with him, which he never shared with me. I didn’t discover this lapse until after I returned to my garden patch, where I meant to bury the small cache of documents. 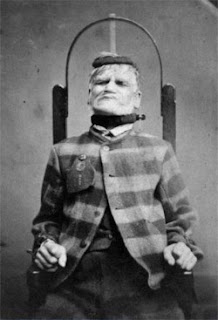 First, I dug up a wood cask I use to store valuables and other effects. Photos, letters, few of them mine, rescued from the fire. Someone else’s wedding ring, gold fountain pen, stray earring or cuff-link. I had meant to store them for safekeeping, should the patients return, or their families.

I also entertained larger ambitions, to scavenge the ruins more systematically, like an archaeologist or anthropologist, perhaps to establish a museum or permanent exhibit, one that I might curate and lead. An ambition I tired of, then reconsidered when the director broached the subject of my tutoring his two stepchildren.

Why not do both? One would inform and enhance the other. I even imagined enlisting the children in the task, despite the dangers of sifting through precarious rubble. Surely I could convince the director I could keep them safe! Then the priest suggested I repair the basilica’s steam organ (that too could dovetail nicely with my other schemes) and again I felt helpless, overwhelmed, paralyzed.

It’s still raining, the wood-paneled station wagon still there. The three visitors haven’t left, as if intent upon waiting for the director’s return. I retreat to my garden patch and dig up the cask. The tree, despite its leaflessness, its slim trunk and branches, offers shelter of a sort, and the stone bench beneath it is cold but dry.

I hunker, shivering, and stare at the cask, upended beside me. I haven’t yet reviewed my analyst’s notes, though I did peek at them.

I don’t remember our conversations, which seem so long ago. The girl is mentioned, her name underlined, and her surname similar to mine. A misspelling or variant spelling? Is she distantly related, and is that why we fell in together? Shared the same bunk bed, however inappropriate, considering my sex and age?